By Elle Haywood – Maximo Park stormed the stage in Cambridge on Monday 15th May ’17 with a sold-out venue for the launch of their new album: Risk to Exist… 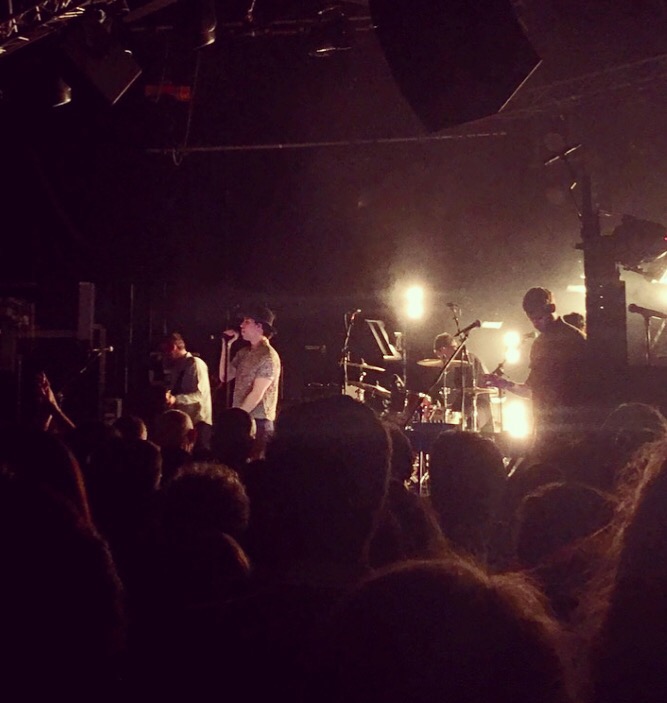 By Elle Haywood for Cam FM 97.2 – Head of Publicity

Maximo Park stormed the stage in Cambridge on Monday 15th May ’17 with a sold-out venue for the launch of their new album: Risk to Exist. The Cambridge Junction was tightly packed with fans in anticipation of the new record, as the edges of the crowd fringed with new listeners: making the atmosphere exciting and intense.

The English Indie-Rock group have had 4 Top Ten albums since their formation in 2001, with the first two albums reaching Gold and winning a Mercury Prize. The new album definitely has a new euphoric vibe, married with powerful vocals and pounding bass.

The quartet began their set in a fairly relaxed manner with the 700 or so fans happily bopping along to tunes, echoing vibes of The Libertines and The View. The top tracks of the evening included their well-known single ‘Books from Boxes’, the electronic-fuelled ‘Velocity’ and the poignant ‘The National Health’. They became more dynamic as the evening progressed, with frontman Paul Smith’s confidence showing no signs of wavering. They were clearly incredibly comfortable in front of the audience, as they dominated the stage with a sense of familiarity.

With the bold multi-coloured lighting and a show that captivated the whole room, I highly expect the band to receive a lot of praise for the new album. Their singles have also been played on a few of Cam FM’s indie-genre shows over the years. They are scheduled to perform in various European festivals this summer including Germany and Switzerland.